List and Presentation of the Founding Members of the Coalition

Here are all the Founding Member Organizations:

Each of those organizations impact between hundreds and tens of thousands of people each year through their dialogue programs. Connecting Actions still needs to conduct a survey, which will make those figures more precise.

Ad Astra – Together for Finland

Ad Astra (official name: Ad Astra i Helsingfors rf ) is based in Helsinki, Finland. Ad Astra’s mission is to spread interfaith/interculutural dialogue, mutual understanding, to promote cultural heritage, and the rights of children. We provide young story-tellers to schools. You can also join us for a food sharing-event, for our study circle about antiracism or for story-sharing. We have knowledge about cultural and religious diversity, and our activities are multilingual. In our work we promote human rights and we analyze power-structures, dig into intersectionality, diversity and dialogue. Ad Astra’s major achievement is the integration work among youth and children in the Helsinki region. Ad Astra runs the interfaith dialogue program for youth Together for Finland, in cooperation with Together for Sweden Tillsammans för Sverige at Fryshuset in Stockholm, and is part of the international Anna Lindh-network.

Coexister is a popular educational movement that aims to foster cooperation among young people of different religions and beliefs. Its goal is to build a more cohesive society by facilitating and encouraging cultural exchanges where members share their personal experiences. Beyond these discussions, we aspire to create a systemic change
that allows the development of positive and sustainable peace. The mission is implemented through three specific fields of action:

Dialogue – To learn to know each other and learn from each other. Activities of dialogue are typically the development of safe spaces for intercultural and interfaith interactions within the context of social activities such as musical and cultural exchanges, dinners, academic conferences and seminars and reflection groups.

Solidarity – To go beyond dialogue by designing actions and collective community building. This takes place first through capacity building programmes to teach young people about project creation and development and also through key actions such as blood donations or the organization of cultural and academic events.

Storytelling – To share experiences of dialogue and cohesion. As storytelling inspires, and reveals role models it provides ways to address societal conflicts with expertise and understanding based on experience. The GIYM organises a series of in-person and online events, including platforms for story telling and sharing of experiences of community
building and peacebuilding amongst youth.

Connecting Actions (CA) was initiated in 2015 at the Muslim Jewish Conference to convene and organise experts and initiatives committed to the field of intercommunal, interreligious and intercultural dialogue. In 2018, twelve European Civil Society Organisations were convened by Connecting Actions to launch the European Institute for Dialogue. This ambitious coalition gathers and supports local, national and European organisations fighting hate, ignorance, prejudice, racism and discrimination through constructive conversations and activities between members of various identity groups.
Today, Connecting Actions and its partners continue to lead this effort to enhance the field of interfaith, intercultural, and interconvictional dialogue and cooperation by bringing together its main stakeholders around common projects and professionalizing the field through ongoing training and evaluation. Connecting Actions is registered in France.

DialoguePerspectives. Discussing Religions and Worldviews is a programme of the Leo Baeck Foundation, dedicated to the development and establishment of new and innovative forms of interfaith-worldview dialogue. Its mission is to meaningfully contribute to European understanding and collaboration, to the strengthening and defence of European civil society, and to the shaping of a pluralistic and democratic Europe grounded in the principle of solidarity. Since 2015, more than 200 students and doctoral candidates of diverse religious and worldview orientations have come together through the programme. With the support of the Federal Foreign Office, the program has been extended to a European platform for training future leaders in academia, culture, politics, and business to become experts in a new, societally-oriented interfaith-worldview dialogue. The participants reflect the religious, political, and societal plurality of European society. They incorporate their diverse backgrounds and experiences to create a fertile ground for exchange, finding an urgently necessary space for encounter, exchange, and dialogue at DialoguePerspectives.

Faiths In Tune, founded by Anja Fahlenkamp in 2012, promotes a peaceful, positive and constructive dialogue between adherents of different faiths, beliefs and world views by using the medium of music, dance and other art forms in order to humanise the „others“, raising curiosity and interest, deconstructing fear, counteracting the polarisation of identities without denying their importance, and building a foundation for future cooperation between different faith communities. Faiths In Tune organises interfaith and intercultural music festivals, events, workshops and experiences with the aim of promoting peaceful coexistence and combatting hatred and xenophobia. Its best-known events include the annual London Interfaith Music Festival, hosted at the British Museum, and the Festival der Religionen in Berlin and Cologne. The festivals, which combine music & dance stage programmes with interfaith community fairs, workshops, exhibitions and children’s play and learn areas, have attracted broad attention from European media, as well as support from social organisations and NGOs, and received the prestigious German award “Landmark in the Land of Ideas” in 2017. Faiths In Tune has also been delivering programmes specifically aimed at youth and refugees to promote a more inclusive society.

The mission of the Interreligious Group for Peace of the Yvelines French department in France (GIP78) is to Promote a better knowledge and mutual understanding between various religious and cultural communities so that their members contribute in improving social relations and protecting peace locally. “Locally” being in the French department of the Yvelines (local county). GIP 78’s activities and major achievements: three-part speeches in schools, interfaith chorale, book club, meal sharing, exhibition visits, open places of worship, theatrical performances, lectures / debates on topical issues (such as secularity, identitarian closure…), interfaith prayer for world peace (interreligious meeting inspired by Assisi), support of local interfaith community meetings (jewish-Christian, Christian-Muslim…). GIP 78 is the local section of Religions for Peace’s global movement.

JUMA e.V. was created in 2017. It is the largest muslim youth organization with chapters in Berlin, Baden Württemberg, Rheinland Pfalz, Hessen and Sachsen. Our aim is to improve skills of young muslims on campaigning, lobbying and pr. We don’t work on religious issues at all. Our members are religious and non religious as well. Right now we are working on the MuJew Festival, which will take place in Berlin between November 11-14 2021.

The House of Dialogue and Peace (Maison du Dialogue et de la Paix-MADIPAX), founded in 2013, is a French national association that aims at promoting neutral meeting spaces – whether temporary or sustained – allowing to welcome people from different faiths and beliefs but driven by dialogue and peace, in a spirit of mutual tolerance. Through
innovative projects, it aims at raising awareness about positive coexistence. Madipax fosters, with participants and partners, the creation of permanent places, named House of Dialogue and Peace, in favor of diversity, sustainable and inclusive human development and social cohesion. The offices are in Nantes, and the initiatives and actors of Madipax are located in France in the European Union and any other country interested by its actions. As a starting point, the House of Dialogue and Peace is offered as a service for managing diversity, affirming the commitment towards essential values of human rights, a culture of peace and cultural plurality, and dialogue among cultures.
The current projects: “The Peace Trip”, “Madipax Meals”, “Inter-Café”, “Youth sensitization to Social Cohesion”, “Dialogue Marabout”, etc. enable the building of new listening, supportive and respectful relationships, across cultures, generations and territories. Madipax is affiliated with the World Conference of Religions for Peace.

The Muslim Jewish Conference (MJC) is an Austria-based, international grassroots dialogue and leadership initiative that focuses on building sustainable networks between Muslim and Jewish youth, students and professionals from around the world.
Since its founding in 2010, the MJC has hosted a conference every year in European cities, Bringing together approximately 100 participants each time for an immersive, six-day educational experience, serving as a first point of cooperation between “othered” communities. During the conference, they engage in meaningful dialogue on topics
including: confronting stereotypes, discrimination and prejudice, the religion of “the other,” intra-faith dialogue, the Israeli-Palestinian conflict, and genocide awareness. A major initiative during the week is “sharing the pain,” where participants visit memorial sites of genocide having affected both communities. Participants are invited to step
beyond the boundaries of ignorance and stereotyping and to develop and implement projects focused on combating racism, xenophobia, and discrimination, in particular anti-Muslim racism and anti-Semitism. This space also enables participants to co-produce grassroots projects, including programs focused on tolerance and education, interfaith or art, which create global and local impact. The MJC maintains a network of over 1,000 alumni, across more than 50 countries, who work in their own communities to promote the MJC’s vision and support alumni-led projects that amplify the message and ripple the effect of the Conference.

The Sharing Perspectives Foundation is a not-for-profit offering contemporary online learning experiences for people to interact constructively across divides, whether national, cultural, social, or political. We use Virtual Exchange as an inclusive pedagogical approach offering people a meaningful international and cross-cultural experience. Our Virtual Exchange programmes use a well researched and validated methodology with proven impact on participants’ development of transversal skills such as cross-cultural communication, empathy, critical thinking and self-esteem. Our model offers bite-sized and engaging content on the specific course thematics; informed by our original group process framework, trained facilitators guide participants through meaningful and constructive online dialogues leading to authentic connections and relationships between peers from across the world; and by our interactive and reflective assignments participants learn how to apply the acquired learning and new skills to their daily practices. Through a decade of practice, we have developed specific expertise on how to design, implement and facilitate constructive, interactive online engagement of young people with diverse backgrounds. We currently apply this expertise through training, workshops and as consultancy to support other organisations to engage people online in an interactive, meaningful and constructive way.

The United Religions Initiative (URI) is a global interfaith network, created by a diverse community of people committed to promoting enduring daily interfaith co-operation, ending religiously motivated violence and, creating cultures of peace, justice and healing. Founded in 2000 by activists from all continents, belonging to over 100
different religions, worldviews, spiritual expressions and indigenous traditions, URI includes approximately 500 interfaith groups, called Co-operation Circles, with over 1 million people in more than 80 countries. The Co-operation Circles consist of at least 7 people from at least 3 religions, spiritual expressions and indigenous traditions.

URI works in 8 world regions. It has special consultative status with the United Nations Economic and Social Council. With presence in over 110 nations, URI is the world’s largest grassroots interfaith network. It cultivates peace and justice by engaging people to bridge religious and cultural differences and work together for the good of their communities and the world. URI Europe functions as an umbrella for different European interfaith organizations and groups. It is registered as an international non-profit organization in Antwerp, Belgium. URI Europe supports the URI network and organizes face-to-face interfaith-meetings. URI Europe’s Cooperation Circles build social cohesion in their communities by holding peacebuilding and conflict-resolution trainings, organizing rural development programs, creating interfaith safe spaces, and more.

As a not for profit organization, The Upper Room focuses on engaging in intercultural & interreligious dialogue among people of different backgrounds. Our objective is to inculcate essential skills and values in children and youth, more so for those adversely – impacted by educational and welfare disparities.

×The Connecting Actions E-Book is here 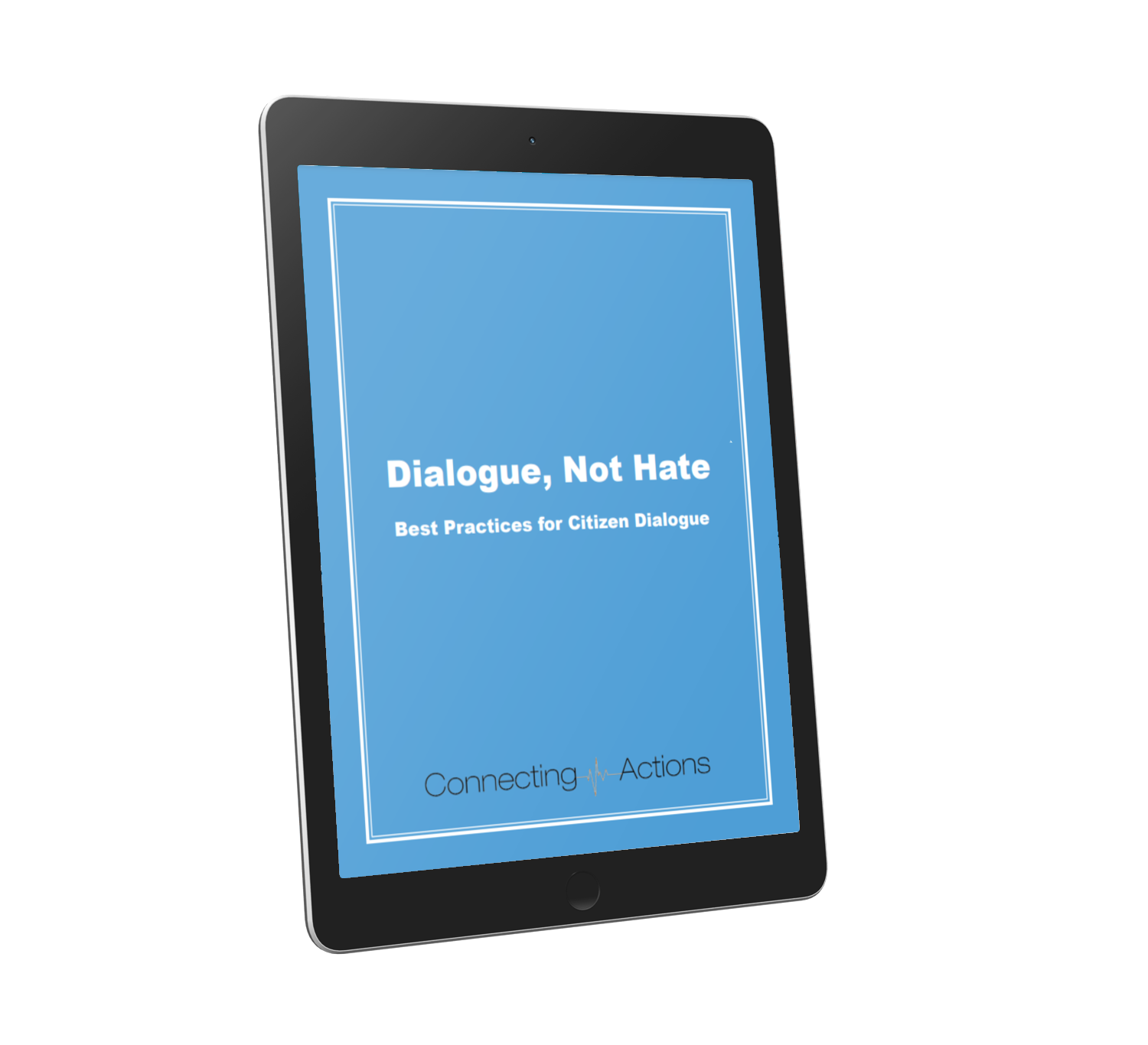 Dive in to know more about this diversity of approaches.